How Big Tech is Addressing Privacy Issues in Digital Marketing 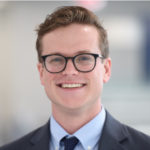 Digital marketing is important for building brand awareness, capturing interest, and converting consumers. However, policies around privacy issues in digital marketing, including data collection and user privacy, are starting to make more impactful change, and recently, Apple’s iOS 14.5 update has caused issues for advertisers. A key new feature of the update, App Tracking Transparency, requires in-app pop-ups to inform users about what data the app collects and provide opt-out choices for users to prevent their data from being collected across the apps that they use, targeting cross-tracking activity that many apps have relied on to deliver personalized advertising. Apps are also not permitted to leverage functionality or levels of service based on users’ choices to either opt-in or opt-out, meaning that many apps’ business models are going to be impacted by lack of access to user identifiers.

Along with the iOS 14.5 update, tech giant Google plans to phase out its web-browsing tracking by late 2023. In delaying their original plan by nearly two years, Google plans to provide advertisers with sufficient time to adjust to the new privacy-safe tracking technologies as cookies fade out. This decision comes with the accusations that Google has abused its role in advertising, attempting to monopolize the industry. Apple and Google combined make up about 83% of the world’s browser market share, putting advertisers in a difficult position.

Reduced access to attribution information can cause issues with performance monitoring, with increased difficulty understanding the effectiveness and ROI of advertising campaigns as a result. Therefore, the iOS 14.5 update has become a cause for concern for apps that rely on advertising revenue, as well as for advertisers hoping to run effective, targeted campaigns. With data privacy regulations and policies likely to expand in the future, it is important to understand the greatest impacts and consider options for moving forward to produce quality digital advertising campaigns.

So far, the impact of the iOS 14.5 update seems to be significant. While exact numbers are unclear across many estimates, Flurry Analytics found that as many as 94% of iOS 14.5 users have opted out of tracking, which is concerning, as many advertising companies had expected only 80% to opt out. Many Apple devices have not yet installed the iOS 14.5 update, so further changes to these estimates are likely.

One concern about this update was that advertising spend would be largely affected. However, since the update release, overall ad spending has seemed relatively stable, only either increasing or decreasing within 4% according to estimates from multiple research groups. Interestingly, though, there has been a rise in Android ad spend, in some cases found to be up 21%, showing that Apple may face negative consequences overall in the future due to advertisers’ strategic adjustments and resource usage.

Looking more closely at the impact on advertisers, many standard elements of digital marketing have been changed. For one, campaigns targeting conversions have often utilized Facebook Pixel for tracking in the past, but this is no longer viable. Facebook’s Conversion API is helpful as an alternative for tracking user event data between Facebook and websites without using cookies, but it is not always completely accurate, and cannot utilize the wide set of data that Pixel had been able to integrate.

Additionally, interest groups are not as easily able to be designated, as the necessary information to do so has become limited by users that opt out of tracking. Therefore, buckets are smaller and possibly less effective. This has most clearly affected ROAS as a result of lack of targeting capabilities for cart abandoners, with fewer users able to be targeted. Groups can be too small to conduct campaigns, as nearly 80% of mobile users are served Facebook ads on Apple devices, making broader remarketing efforts the simplest solution.

As users opting out of data collection may no longer be served as relevant of ads, the burden is on advertisers to adapt to the iOS 14.5 update and similar updates in the future to continue providing quality ad content.

Adapting to the Update

There are multiple ways that advertisers can react to the update and continue effective advertising campaigns.

Google and Facebook’s ad targeting mechanisms have become more limited as cross-app activity tracking is restricted with users’ choice to opt out. However, with the continued ability to collect user data from owned apps, changes to or implementation of a first party data collection strategy can aid ad performance moving forward. This can be done through many formats and without heavy UX changes, taking advantage of opportunities to analyze user behavior through existing workflows.

For example, using in-app lead generation forms can provide context and information to drive leads through a proxy landing page, where users that sign up for a profile or account provide email and demographic data. E-newsletters or other acquisition strategies can also help collect information about user interests and behaviors. Additionally, using incentives can provide opportunities for first-party data collection, through methods like surveys that reward consumers with a discount or gift. Other helpful first-party site data includes visits, clicks, and time on site, which can make advertising campaigns very successful when analyzed effectively. Reducing reliance on third-party cookies to incorporate first-party audience strategies is likely to be necessary as an adaptation tactic for future user data privacy policies.

There are additional advertising strategies that can be utilized along with first-party data collection methods to optimize targeting. Contextual advertising that considers an app’s content and target audiences can help reach consumers with similar interests without needing cross-tracking data. Developing user personas is another more traditional but helpful tool to understand consumer interests.

Advertisers can also use campaign segmentation to separate Apple and Android users to optimize data collection and integrate other tools for cross-analysis to see performance holistically. Still, it is important to look at KPIs outside of conversions, especially if consumers are blocking access to data that shows the consumers’ journeys and process to converting. Lastly, considering the user experience, some apps may choose to serve pop-ups or other messaging to consumers that explains the benefits of opting into data collection, which is permitted to be placed before Apple’s required pop-up is displayed. With all of these tactics, marketing teams should prepare now to obtain the best results as more users update to iOS 14.5.

With the implementation of the iOS 14.5 update already impacting advertising, Facebook has been vocal in opposing Apple’s privacy policies. They commissioned academic research that argued that the feature is anticompetitive and that apps which rely on ads to provide free services to users may become obsolete, that iOS 14.5 does not impact the Apple’s own data collection processes, and that the company has ulterior motives to improve the position of their own advertising platforms. However, investigations into some of these points may not impact the current iOS 14.5 updates in the near future, and with other tech companies like Google planning to implement similar, though potentially less drastic, privacy regulations, adaptation and new strategies are going to be necessary for advertisers. Still, companies like Facebook and Google will likely make these policy adjustments in a way that doesn’t jeopardize their own advertising services, which is positive for advertisers, and means that ad spend can be successfully adapted to optimize around iOS 14.5 and future privacy regulations.

Coauthor and contributions by Courtney Loughran and Rachel Ruth 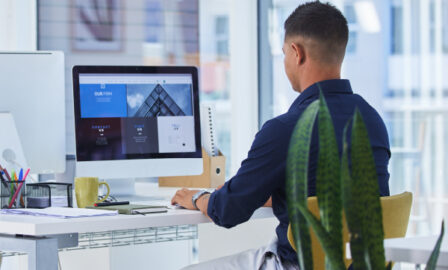 In an increasingly digital world, your organization’s website often serves as a buyer’s first impression of your company. How can ... 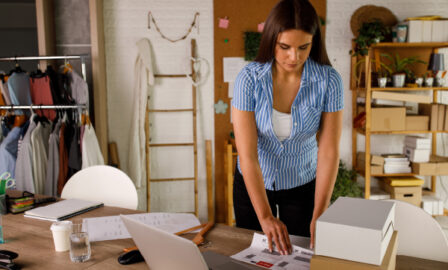 What You Need to Know About eCommerce Fulfillment in 2022

With revenue projected to reach upward of $563 million by 2025, retail eCommerce in the U.S. has grown quickly due ... 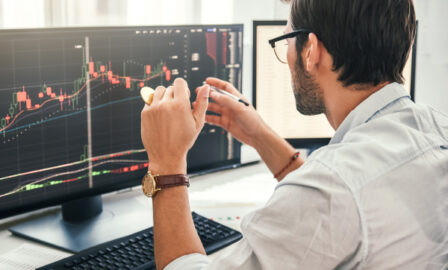