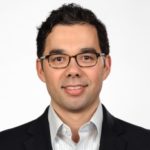 As the saying goes, desperate times call for desperate measures. But what is rarely mentioned is how desperate measures lead to creativity and innovation. Times of crisis are primed for business innovation. There are six unique opportunities you can take advantage of during a crisis, consumers need new revenue streams and they are actively seeking cheaper alternatives, new entrants can see fresh pathways while large corporations are focused on their current revenue streams, organizational shifts can generate new ideas, bold pivots can prove to be very successful, and top talent is readily available. There is considerable room for corporate growth during crisis, but you must stay calm and be creative.

AirBnB was founded in February of 2008, when users were seeking forms of supplementary income due to the unpredictability of the market. The 2008 crash left families unable to afford their second homes and people were not looking to buy second homes. AirBnB provided the perfect solution- a passive secondary income. AirBnB enabled users to flip latent properties into massive profit centers.

AirBnB began when founders Brian Chesky and Joe Gebbia thought they could off-set their debilitating San Francisco rent by renting out beds to attendees of a big design conference in town. This proved successful, and they thought others could benefit from supplementary income and an affordable alternative to hotels. The Great Recession created the need for secondary income and alternatives to existing travel options. AirBnB would not have been able garner its mass appeal without the environment of the Great Recession, in just over a year the site had 10,000 users and 2,500 listings.

Warby Parker was founded in 2010 during the Great Recession when consumers were seeking affordable alternatives to their traditional mainstays. Luxottica, a major competitor at the time, was founded in 1960’s and was the market leader with 58% of share. It infiltrated every aspect of the eyeglass supply chain. Luxottica gained hefty returns through its vertical integration. Eyewear was typically marked up 10 – 25X from the time of design until to the consumers hands. The Warby Parker founders were considering one question – why are glasses so expensive? Quickly, the team realized the high cost was unnecessary.

By cutting out the intermediary, Warby Parker could provide a high-quality product, with a healthy margin, at a significantly reduced rate. All during a time when consumers needed the savings the most. Warby Parker provided an affordable alternative to an essential service at a time when many people could not afford the market standard. Within 8 years, they were able to reach $250 million in revenue, and are continually looking to expand their service offering, looking to optimize prescription reviews and expand its retail presence.

FedEx began in the 1971, right before the 1973 oil crisis. At the time, UPS was the dominant logistics company. UPS was focused on perfecting ground shipping, but customers were getting restless for more efficient means of transportation. The 1973 oil crisis led to a severe economic crisis which in turn led to the federal deregulation of the airline industry. This gave FedEx the perfect opportunity to buy several planes, allowing them to provide consumers with a more efficient solution than existing ground transportation options. UPS was so engrained in the way it conducted business (ground) that it did not see the new path to the customers (air).

FedEx saw the opportunity and pounced when barriers were at an all-time low and developed a corporate growth strategy to establish itself as the number one in shipping transportation. FedEx saw a 40% annual growth rate through the 1980s and achieved 1 billion in revenue within their first 10 years.

Apple was founded in the 1970s during an inflationary period, Apple believed in its offerings and survived this crisis. Since then, Apple has successfully weathered many crises, consistently beating expectations, and often increasing sales and revenue during recessions. Instead of laying off employees during downturns, it shifts employees to focus to innovation. This movement allows for fresh perspectives and insights throughout the company.

It is this culture that allowed Apple to boldly release the iPod on the brink of the dot-com bubble in 2000 and the iPhone on the brink of the 2008 crash. Through the recession Apple continued to innovate and improve, they released two additional generations of the iPhone during the Great Recession. Because of this unwavering commitment to innovation Apple was able to close 2009, a time when most companies were seeing drastic drops in sales, with 9 million more iPhone sales than in 2008.

Fearlessness in Times of Crisis

Netflix, born on the brink of the dot-com bubble, has continually focused on business innovation regardless of economic conditions. Much like Apple, it braved crises calmly knowing that it would pass but knowing the window for innovation is limited. Netflix aimed to always disrupt itself. It saw how Blockbuster floundered when Netflix started, and never wanted to be in Blockbuster’s position. It was Netflix’s fear that if it became too occupied maintaining the status quo like Blockbuster, the industry would move on without it. This is what motivated Netflix to aggressively pivot from DVD shipping subscriptions to pursuing its streaming model during the Great Recession.

A move this drastic would intimidate most companies, and most would continue to invest and secure their tried and true revenue streams. But Netflix saw the potential of streaming, it knew that once servers and networks could support that amount of data the industry would never look back, and it want to be at the forefront of the innovation. Netflix’s dedication to innovation allowed it to disrupt its own industry and undergo a business transformation that enabled it to become the leading streaming service with 23 million users by 2011; a 283% increase from their 6 million users in 2007.

Another symptom of economic downturns is high unemployment rates. Layoffs, while extremely daunting initially, create lots of opportunity. Great minds that would have otherwise stayed at their company and tried to rise through the ranks are released and forced to pursue and create their own ideas. Michael Bloomberg was laid off from his job at Salomon Brothers, an investment bank, in light of the 1980s recession. It was this unwanted change that led him to start Bloomberg, the financial news service, that made him a billionaire.

In that same time, Tom Stemberg was laid off from his job at grocery chain Finast-Edwards, then went on to start Staples, the leading office supply retail chain. And finally, Tim Chen, was laid off from his job as a financial analyst at a hedge fund due to the Great Recession. This push got him to start NerdWallet, the personal finance app, that is now worth around $500 million. If these founders had not been pushed out of their traditional careers, they would not have been encouraged to start these extremely successful businesses. Losing your job is not always a good thing, but often it gives people a fresh perspective allowing them to see opportunities and define new career paths.

Times of crisis create unique environments. Environments that are often characterized by chaos and dismay. But those who can stay calm, cut through the noise, and find opportunity, can become extremely successful. We highlighted six crucial opportunities that arise during times of crisis, but there are many more. As we move through this crisis, remember that crisis does not last forever and business innovation does not wait. How will you innovate during these uncertain times?

Coauthor and contributions by Sanjiti Johari and Carrie Francis. 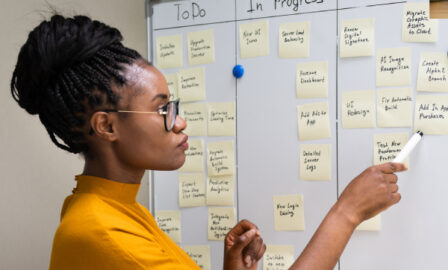 Increased reliance on virtual collaboration and digital communication defined the last year for project managers. While these changes brought about ... 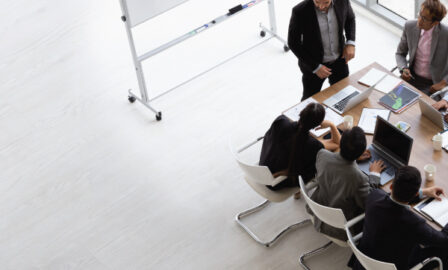 As we embark into a new era framed by extreme uncertainty and market volatility, corporations are being urged to find ... 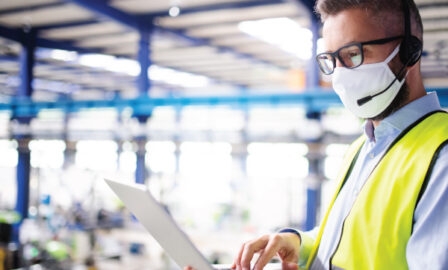 We yearned for 2020’s unprecedented challenges to come to an end at the onset of the new year. However, the ...