How to Avoid Greenwashing: Making and Marketing a Better Impact 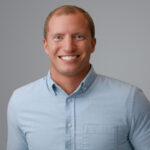 Sustainability is becoming increasingly important to consumers. Companies are leveraging this appeal by enacting company-wide environmental initiatives, packaging products with easy-to-recognize “green” labels, and pushing these efforts through different forms of advertising. It’s important for companies to not only make a positive environmental difference but for their target markets to know that they are. In attempts to join the environmental appeal, however, some companies may actually be participating in greenwashing. Below, we outline some important considerations for companies when thinking about how to avoid greenwashing and instead market a better impact.

Greenwashing is when companies purport to be environmentally conscious, but instead avoid or fall short of making the claimed impact. Companies can certainly have good intentions and still be a part of greenwashing if they’re not careful, which may lead to consumer distrust.

Net-zero initiatives are when a company commits to adding no more greenhouse gases to the environment than they remove. It provides a means for industry to reduce their environmental footprint gradually and advance toward a more sustainable future. Major companies that have made net-zero pledges include Boeing, Apple, Walmart, Amazon, and PayPal to name a few. Often seen as PR tactics, these pledges are pushed out to consumers who care that their products are more sustainable.

There are, however, many problems with net-zero initiatives. Aside from the difficulties of actually verifying a company’s carbon emissions, its efficacy is debated by climatologists and activists. They argue that sustainability initiatives planned decades in the future are simply too little, too late. Furthermore, much of the reduction in a company’s overall footprint relies on risky offsets. For example, if a company purchases a forest to balance actual emissions, there’s often no oversight as to what happens to the forest the following year. It may be removed, burned down, or become polluted by nearby land, effectively losing any benefit.

Companies may even leave loopholes in their own pledges. A glaring example is Blackrock’s net-zero initiative that outlined the sale of most of its fossil fuel shares in 2020, but still allowed them to keep $85 billion in coal assets. These ambiguous and relatively unenforced plans can allow major companies to escape important commitments to the health of the planet.

Many companies do, however, make commitments that they follow through on. These can include reducing their emissions and investing in sustainable energy practices. Consequently, net zero is not an inherently bad idea, but rather one that needs more enforcement and clarity.

Whether a company has good or manipulative intentions with their sustainable practices, they can participate in greenwashing. It’s important for firms that make environmental commitments to clearly follow through on them.

A recent report specified that only three out of 55 major U.S. companies received an overall “A” grade on their net-zero initiatives. Brands like Tesla, Home Depot, and Amazon all received “Fs” based on their own disclosures on progress. This is significant because consumers may lose trust in a company that fails to deliver upon a public promise.

Greenwashing can take many forms, including baseless or misleading claims, partial representation of the truth, and exaggerating an initiative’s impact. It’s important for any brand to be truthful with their sustainability efforts to avoid misleading the public. This isn’t simply out of moral obligation, but also because there are potential legal ramifications. For example, Windex has marketed that their products are non-toxic and are a more environmental alternative to other cleaning supplies. This, however, led to a class-action lawsuit settlement with S.C. Johnson & Son, the parent company of Windex.

How to Avoid Greenwashing

Part of the appeal of net zero is the “catchiness” and easy marketability of the phrase. We’re still in the early stages of these pledges with many coming to fruition five to 30 years from now. It’s difficult to anticipate if or how much of an impact they will actually have on the climate crisis.

Regardless, it’s important to be clear and honest with all marketing for sustainable initiatives to avoid consumer distrust. Capturing target markets by releasing pledges is a fantastic means to both help the planet and appeal to consumers, but it can become a slippery slope if exaggerated or falsified.

Finally, there are other marketable initiatives that companies can make that are more tangible, such as committing to only using renewable energy or building a specified amount of clean energy infrastructure. Using these and other strategies highlighted by leading marketing partners can be even more effective because companies can specifically point to completed projects rather than focusing on ambiguous KPIs. Consumers care about how their brands react to the climate crisis, so it’s important to consider that there are always alternatives to greenwashing. 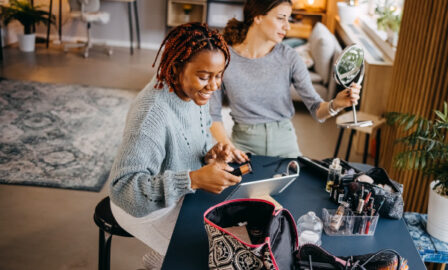 Biotech Beauty: The Intersection of Innovation and Sustainability

With an increasing demand for a more sustainable beauty industry, innovation meets the beauty production process with the creation of ... 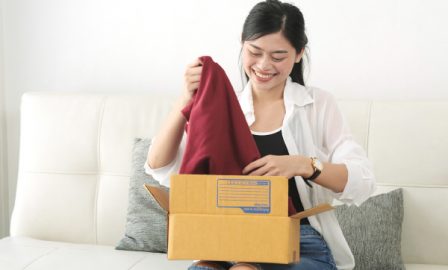 The Rise of Secondhand Retail

As the 2022 holiday season approaches, we’re seeing the impact of inflation continue to hit shoppers’ wallets – they’re either ... 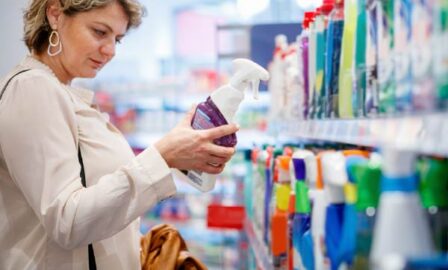 Historically, the sole purpose of food product packaging was to protect items from contamination, minimize damage, and display mandatory Nutrition ...