The COVID-19 Impact on Logistics 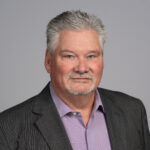 The COVID-19 pandemic has caused a large number of fatalities and wreaked havoc on the economies and industries on a global basis.  Thousands have died and millions of people have lost their jobs.  Most job losses should be temporary but many could be permanent as companies that were not positioned with strong balance sheets fail to survive the short to medium term COVID-19 impact on logistics and on the economy.  Industries like consumer goods, life sciences, and retail are facing challenges across many fronts, including significant disruption and long-term changes related to logistics and  transportation. And, consumers will feel the impacts.  Below, this article highlights some of the key considerations for logistics professionals as they begin to move past an immediate crisis and into long-term strategic planning for supply chain resiliency.

1)      Life has gotten a lot tougher on long haul truckers: The panic buying and hording that came with the onset of COVID-19 news dominating the airwaves in mid-April caused many items to be in short or non-existent supply.  As shelves were cleaned out, many Americans became painfully aware of how important the U.S. transportation network is in relation to bringing supplies to their local stores.  Manufacturers of things like toilet paper and cleaning supplies have been running at max capacity since mid-February but we still are not seeing the products on the shelves with any consistency.  Approximately 70% of the freight shipped in the U.S. comes by truck, so people are starting to realize how important truckers and trucking are to our national supply chain.  But at the same time, life is suddenly much tougher on truckers.  States across America have issued “Stay at Home” orders and shuttered businesses to stem the tide of COVID-19 infection spread.  It has worked, but it has hit the state budgets with a “double whammy” of reduced tax income and increased spending on benefits to millions of unemployed people.  This has forced the states to cut back on other services including maintaining highway rest areas.  Truckers are finding more and more of the places where they used to pull over and rest during long hauls closed by the state, making it difficult to get their required sleep.  The American Trucking Associations has called on the Department of Transportation (DOT) to issue guidance to states to keep them open for commercial drivers during the crisis but many rest areas remain closed as of this moment. Truck stop parking lots are jammed with vehicles whose drivers are getting their required sleep.

Most of the restaurants where truckers used to eat have been shut down.  Trucks can’t go through drive thru lanes.  Some restaurants still offer pick up service if the truckers call ahead but they are left eating in their truck instead of relaxing in a booth.  Many truckers have found this to be more hassle than it is worth and have taken to packing coolers full of food and drinks and living out of their coolers for the duration of their trips.  This takes additional time and effort before each trip and doesn’t provide the same relaxing experience that stopping to eat at a restaurant does.  So, just as we need them the most, the job of a trucker has become more difficult and their stress levels have increased.

2)      Oceanic Transportation will probably see a decline in business:  The COVID-19 pandemic has exposed a painful truth about the U.S. dependency on Asia and especially China for critical goods.  The shortages in medical PPE and other critical goods have put a spotlight on the current supply chain model.  Not only does it take weeks to get the large shipments of needed goods to the U.S., but it has been reported that China broke contracts with U.S. companies and kept goods that had been paid for by U.S. firms to fight the pandemic in their own country.  Both the long lead time of essential items and threat of non-delivery of critical goods have raised questions about global trade.

Look for the United States to require most critical goods such as medical supplies, drugs and drug components to be manufactured in the United States despite incurring a higher cost of production.  No longer will “cheapest cost to manufacture” be the driving force behind where we chose to produce critical goods.  The government may even subsidize some of the added cost as an “insurance policy” against our nation being left short of critical goods.It may no longer be acceptable to be dependent on China for goods that are crucial to the medical and pharmaceutical industries.  We can also expect our leaders to re-think our supply of any military and even technology goods that could be a concern in future military conflicts.  It is certain that a review will be conducted of products the U.S. requires in a national state of emergency.  The result will most certainly be a reduction of goods coming from Asia to the United States and the Oceanic Transportation companies should prepare for that.

3)      Truck transportation routes will probably change:  Currently, a huge quantity of goods arrive at ports near Los Angeles, Portland, and Seattle and are then transported eastward across the country to distribution points.  If there is a reduction in oceanic transportation, this will see a change in the distribution routes.  If more goods are manufactured in the U.S. and less are coming from China, those manufacturing facilities will most likely be located in rural areas and/or closer to the firm’s headquarters.  Instead of being dominated by west-to-east patterns more traffic will flow from hubs in the central and eastern U.S. and less from west coast-based logistics hubs.  This would increase the complexity of route planning and make more difficult the quest to eliminate empty back hauls as the number of shipping points increases and the number of shipments out of more rural locations increases. All of this has the potential to drive up transportation cost noticeably.

4)      Bringing foreign goods into the U.S. will probably take longer and cost more.  Even after COVID-19 has been controlled, the current pandemic could have lasting impact on logistics and on goods brought into the U.S.   There will likely be more active monitoring and testing of cargo coming into the U.S. in regard to pathogens.  Potentially, cargo could undergo some kind of treatment designed to kill pathogens much like luggage going through an xray scan at airports, only using heat, radiation or some other treatment that is designed to kill pathogens.  The increased monitoring and testing as well as the possibility of “treating” all incoming goods could lengthen the time to bring goods into port for distribution just as it now takes longer for airline passengers to go from our cars to our seat on an airplane.

It is likely the government would bear the brunt of the cost to set up and run the additional import screening, but the cost would probably be passed to the importing companies and in turn to the consumer just as we pay fees on airline tickets that go toward the cost of the TSA operations.

These are just some of the current and potential long-term COVID-19 impact on logistics and impacts that are and will be felt by not only the logistics industry, but also the transportation industries in the U.S. as a result of the COVID-19 pandemic.   Only time will tell the depth of the impact but it is certain that the effects of this pandemic will be felt by not only those industries but the consumer as well. 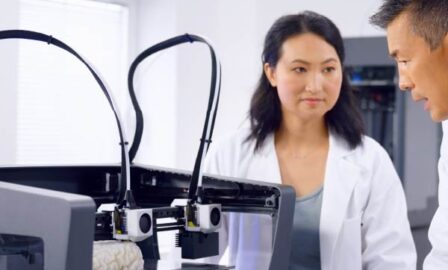 Applications of 3D Printing in Healthcare

3D printing has been in the healthcare industry since the early 1990s. Today, it’s used to create prosthetics, casts, organs, ... 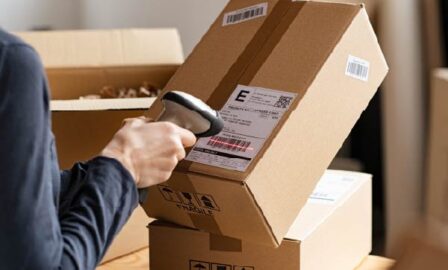 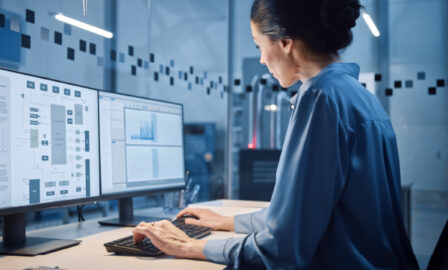 Logistics is an integral part of supply chain management and yet at many companies it has been relegated to simply maintaining the status quo. However, this mindset has recently been challenged ...