DSCSA Enforcement Delay – What It Means for You 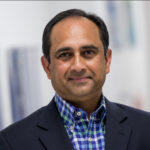 On June 30, 2017, the FDA published a draft guidance announcing an enforcement delay for the pharmaceutical manufacturer’s requirement under the Drug Supply Chain Security Act (DSCSA). The delay pushes enforcement back a full year from November 27, 2017 to November 27, 2018.

The delay was issued in response to requests from many smaller contract manufacturing organizations (CMOs), who contended that they simply could not have the line equipment, hardware, and software ready for serialization packaging by the deadline.

Needless to say, many manufacturers are greeting the FDA guidance for delayed enforcement with sighs of relief.  Other firms, having prepared for the original deadline, may be tempted to regret the intensity (and cost) of their efforts to comply with the law.  But looking beyond these immediate reactions, what are the implications of this postponement?

The Law Has Not Changed

“ … manufacturers are to begin including a product identifier on prescription drug packages and cases on November 27, 2017, the FDA is delaying enforcement of those requirements until November 2018 to provide manufacturers additional time and avoid supply disruptions.”

The key point is that pharma manufacturers are still required to begin serialization by the November 27, 2017 deadline.  The fact that it will not be enforced for a year does not relieve manufacturers of this obligation.  That said, non-compliance is without any penalty or regulatory fine.

With this delay, the FDA assumes that manufacturers unable to meet the 2017 deadline are making, and will continue to make, a good faith effort to comply with the DSCSA as soon as possible.

One of the frequently-cited reasons in the requests for delay is the long lead times and scarcity of experienced technicians for the L1/L2/L3 serialization equipment.  Wisdom lies in prompt initiation or continuation of current efforts to obtain and implement these serialization systems.  If anything, one can reasonably expect demand for these systems and services to increase, especially as the new 2018 delayed deadline approaches.   The delay will certainly reduce demand from the manufacturers that have completed or are completing their implementations, but such alleviation may be more than offset by the demand from other firms that have not yet started or are just beginning their serialization projects.

Assuming a six-month period of buffer time from November 27, 2018 (to allow for lead time, scheduling, and testing uncertainties) would establish a target completion date of May 28, 2018.   Implementation for a single packaging line will require between six and nine months.   Considering these factors together, serialization work must begin by October – December 2017, without exception. Anything beyond this would put your business in jeopardy from a range of regulatory, legal, and financial penalties and risks – all the more egregious given the FDA’s delay.

Compliance vs. Other Business Benefits

For some, the FDA’s delay is an opportunity to leverage serialization efforts for business benefits beyond simple compliance.   Several manufacturers are already integrating with serialized data exchanges to wholesalers and repackagers.  Using this time, serialization-ready manufacturers can pilot and establish the data exchanges ensuring a safer supply chain and returns tracking data.   Additionally, serialization provides benefits as the serial number is incorporated into the chargeback accounting and processes.  Thus, the delay allows for more integration with key wholesalers and establishing serialization-ready manufacturers as preferred trading partners.

Manufacturers having trouble meeting the deadline may also consider various alternatives. Many manufacturers may try subcontracting to CMOs that are or will be ready for serialization. Others may utilize off-line serialization if their packaging lines cannot be ready in time.  Both options involve higher operating costs and the offline option may not be viable for large product volumes, but either or both may be possible on a short-term basis.

Some manufacturers have elected to serialize only one of several packaging lines.   Non-serialized products are packaged on the non-serialized lines; then all semi-finished products are transferred to the serialized line to add the serialization-mandated 2D matrix and human readable data to the packages.  This approach has the advantage of establishing serialization capability and lower cost but requires careful assessment of the risk of not having sufficient serialization capacity to handle product volumes.

Keep Calm and Carry On

Manufacturers whose efforts are nearing completion should continue their efforts and resist the temptation to slow down.  Getting systems in place, in accordance with pre-delay plans, will ensure serialization capability and free up serialization resources in an orderly way.  If aggregation wasn’t part of the original plan, then consider incorporating now.

Manufacturers that will need the delay to comply with the DSCSA should continue or commence their efforts posthaste.  For more information about getting started (and all things serialization) be sure to check out Clarkston’s serialization insights or feel free to contact me directly using the contact information at the top of this page.

If you would like to read more from our Serialization experts, subscribe to our blog to receive the latest insights: 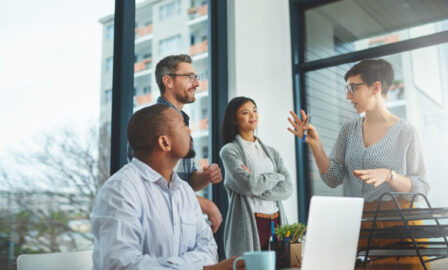 Clarkston Consulting recently partnered with a client on a global serialization track and trace implementation. This client company launched a ... 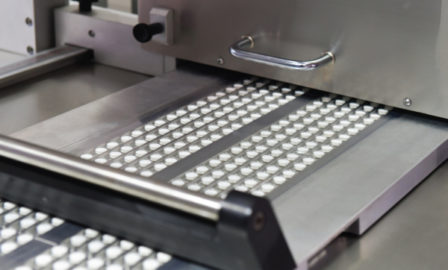 Recommendations for Dispensers on the DSCSA

Walking through recommendations for dispensers on the DSCSA and implementing recommended actions for pharmaceutical dispensers in serialization should be a ... 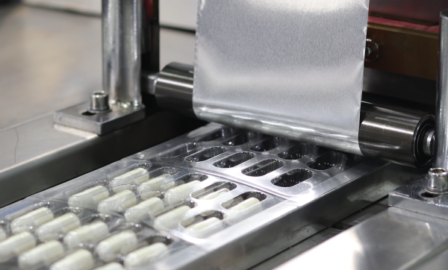 Day after day, headline after headline, blockchain is referenced as a solution for an array of complex challenges facing businesses ...