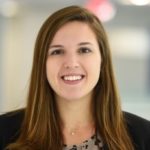 As consumers and organizations alike have been going through a turbulent year, many have gravitated towards solutions to weather the economy. In times of disruption to the economy, the budget-conscious consumer has grown in prominence. Consumers are seeking flexibility in payment options when shopping online and other aspects of the post buy experience, including omnichannel delivery and seamless returns. Especially during the holiday season, many are relying on payment installment options to reach their normal spending habits while on a more limited budget.  As a result, many retailers have invested in Buy Now, Pay Later (BNPL) to generate sales this holiday season and beyond. BNPL digital spend is expected to double by 2025, reaching $680 billion.

The market for BNPL is undeniably growing, as many providers have increased their user base significantly through the rise of online shopping and the surge in big brand partnerships. For example, Sweden-based lender Klarna and Australia-based lender AfterPay both have established partnerships with major retailers. PayPal has also started offering a ‘pay in 4’ option to its millions of users. There is still a huge potential to grow an even larger customer base, as 51 percent of all credit card holders are accepting installment plans when offered them.

Afterpay:
Just one year after Afterpay’s launch in the US, it has seen massive growth, rising its monthly consumer base to 1.5 million. They have partnered with nearly 14,000 merchants and 6.5 million users to date just in the US. The benefits are substantial, as Afterpay CEO noted ‘we immediately became 10 percent, 20 percent and sometimes as high as 50 percent of … retailers’ transaction volumes.’

In the summer of 2020, Afterpay also announced expansions into Levi’s, Ray-Ban, Jeffree Star Cosmetics, tarte Cosmetics and O’Neill. In the past year, Afterpay has established itself in popular brands such as Anthropologie, Bandier, DSW, Forever 21, GOAT, Morphe, Rebecca Minkoff, REVOLVE, Skechers, Steve Madden, Sunglass Hut, and Urban Outfitters. Shoppers have supposedly flooded Dillard’s website after implementing Afterpay; in just the short time it has taken root, it has become one of the firm’s leading retail revenue streams.

Klarna:
After Sweden-based installment lender Klarna announced various large partnerships, they presumably have grown to 200,000 global retail partners, with a network of over 12 million active monthly users. Earlier this year, the company launched a loyalty program called Vibe that will reward users for every dollar they spend.

Over the last month, Klarna announced new partnerships with Etsy and GameStop, two common holiday online destinations for people of various age groups. Etsy has begun implementing Klarna in the United States and will hit its other core markets in 2021. This partnership further exemplifies the Swedish company’s strong presence in America.

Sephora, Journeys and Rue21 are other well-known companies that are partnered with Klarna. Sephora cited being impressed with the smooth transition to Klarna and living up to its promise, helping the brand better account and engage their inclusive customer base.

PayPal:
PayPal seized the BNPL opportunity with a key advantage over every other platform: an already stable consumer base. In fact, PayPal had the greatest retailer coverage with a presence of 65% retailers. Afterpay was a distant second at 10%, then Affirm 6%, Klarna 5% and QuadPay 2%. PayPal racked up $247 billion in total payments volume in Q3 2020, surging 36% year over year (YoY)—the strongest growth performance in company history, per its earnings release. This jump comes after PayPal made several new features available to its nearly 28 million merchants during the pandemic. According to the company’s VP of Global Credit stated “when businesses promote PayPal Credit, they see a 21 percent increase in sales and a 56 percent increase in order values.”

1. Initial engagement: Increase Customer Loyalty
BNPL notably helps retailers leverage brand image of larger partners who promote smaller brands on their own commerce sites. This brand loyalty coupled with low purchasing cost makes it easier for consumers to spend more upfront because they don’t have the stress of paying in full at one time.

2. Increase Cart Size & Repeat Sales through Flexible Payment Plan Options
Billions of dollars each year can be attributed to abandoned goods in online carts; cart abandonment happens for many reasons, one of which being cost. Many consumers are sensitive and swayed by price; this could be a key opportunity for retailers looking to capture a new demographic.

3. Attract more customers – Gen Z and Millennials are key demographics
Gen Z’s make up the largest generation of regular shoppers, as they include more than 2.6 billion young adults globally. They are the driving force for the future of retail. Thus, targeting and winning over this customer segment may be crucial to an innovative growth strategy. BPNL users are in their 30’s on average.

4. Enhance the post-buy experience to promote continued engagement
As consumers are responsible for paying in installments after purchasing, it is doubtful that the item leaves their mind. When the consumer sees the item continuously reappearing on a credit card statement, it is more likely that they use that item often and are more likely to continue engaging with the brand.

Tips to Make the Most of Buy Now, Pay Later (BNPL) Investment
Although the process for implementing BNPL is smooth, it is important to create an integrated strategy to reach your sales growth targets. This shouldn’t be a ‘set-it and forget-it’ payment option. Here are a couple things to keep in mind: 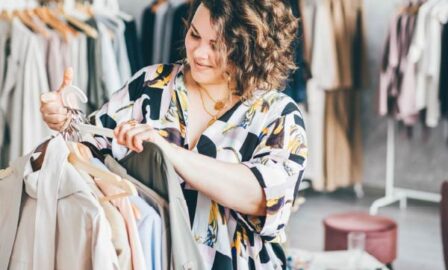 Why Consumers Are Ditching Big Brands for Private Labels in Retail

Ever since the Great Recession a decade ago, private labels in retail have been steadily on the rise. In the ... 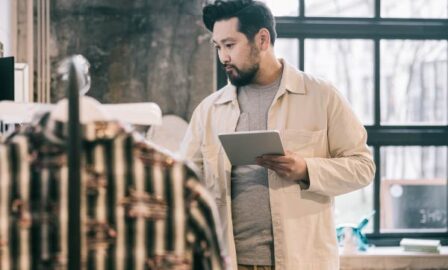 Now more than ever, customers are leaving brand loyalty at the door. For many customers, it doesn’t matter if a ... 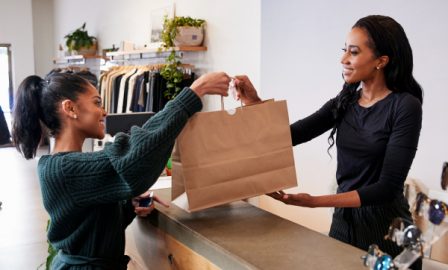 Keys to Kicking Off a Successful POS Implementation

For a retail company, point of sale is the foundational technology upon which all other system capabilities must build. Without ...