Without direct, formal responsibility over an individual, how does one effectively exercise influence over another toward achieving project goals? This is a conundrum that those in project and program management often face. There are a number of strategies one could employ to influence others without direct authority, and they hinge upon:

Key Factors in Being Influential in Project and Program Management

One of the core tenets of influencing without direct authority is simply being influential – the ability to persuade someone to willingly perform a certain task. Understandably, it is much easier said than done; among the myriad research invested in this topic is the work of psychology expert and author of best-seller “The Psychology of Persuasion”, Dr. Robert Cialdini. He shares that being influential is about leveraging the following principles:

We won’t delve into the details of each principle beyond the brief descriptions above, but worth highlighting are the concepts of reciprocity and authority. The multi-dimensional aspect of these two principles warrants a deeper dive.

Reciprocity is rooted in our psyche from our youth; although the same core principle holds, as our motivations evolve with adulthood so do the “currencies” we use to barter. In the workplace, they include currencies that make one’s life easier (e.g., gaining resources to support your projects, getting access to information earlier), help with career progression (e.g., public recognition for a job well done, increased opportunities), and more. To influence someone using the concept of reciprocity requires understanding what drives the individual (meaningful currencies). Is your team member up for a promotion and could use another positive data point in a specific area? Could you assign responsibilities that directly align with his/her developmental goals?

To understand what meaningful currencies are for each individual requires a genuine interest in getting to know the individual. Despite the vernacular used here, be cautious to not come across as transactional. To do so is to build strong relationships early on, not when you need something.

Credibility, a measure of worthiness of trust, is exuded in two key ways: both the content expertise (knowledge of supply chain process intricacies, distinguished SAP technical capabilities, etc.) and individual values/ethics. The latter are attributes such as reliability, diligence, thoroughness, and more. Depending on the element of credibility, it is made visible by things as simple and direct as a job title, a certification, or as complex as personal observations of a leader’s conduct during difficult times, what a colleague does when he/she thinks no one is watching, a track record of delivering what was promised, and more.

Credibility is more than a job title; having an advanced title often accelerates others’ perceptions of the credibility level (“social proof”), but without one, a project manager can pull on the other credibility levers: having strong values and demonstrated work ethics is often just as strong a measure of trust as displaying one’s knowledge in a particular subject matter.

At the end of the day, an individual who exhibits strong leadership skills will have more influence than any job title can command. Would a team member follow a leader who has been lackluster in their own behavior – perhaps having minimal regard for deadlines – or would they listen to a leader who has worked weekends him/herself, showing as strong a commitment to the project success as they expect from the team?

Lastly, to be able to influence is to have the ability to be consultative. In some scenarios, such as working with a new team, one may lack the historical experience as well as the job title to be influential. Then, it’s about the ability to listen and ask the right questions that will influence others toward a desired behavior.

There’s a simple framework to keep in mind on being consultative when solving problems in project and program management, or otherwise:

Being influential in the workplace is not about being manipulative. In the modern organization with cross-functional teams and requirements for cross-company collaboration, hierarchy is not the only way to get things done – knowing how to influence without the direct authority is a critical aspect of the workplace. When done well, it is a means toward mutually beneficial outcomes: achieving project goals, individual and organizational success, and more.

Explore Clarkston’s corporate training offerings (including our “Speak to Influence” course) and project/program management capabilities to see how we can work together to help your organization. 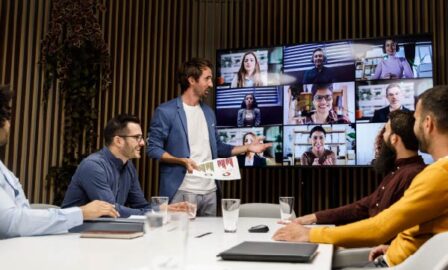 Establishing a PMO in a Hybrid Environment

As hybrid workplaces become more commonplace, Project Management Offices (PMOs) should examine their balance of standards, practices, and tools to ... 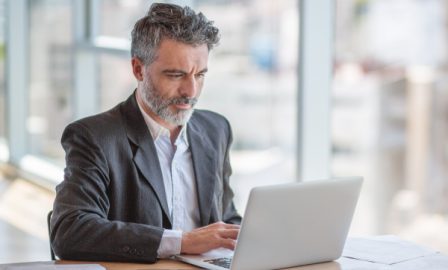 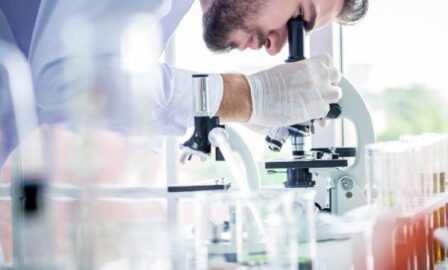 How do companies use capability building to manage enterprise wide projects? Below, we cover how a capability works and the ...