Impact of Amplifiers on Corporate Performance: The Boeing Case

The impact of Amplifiers goes beyond a few interactions on a team; it affects the entire corporate performance. Organizations without both a leadership and a followership mentality can have catastrophic results. Below, we’re sharing an excerpt from Clarkston CEO Tom Finegan’s new book – Amplifiers: How Great Leaders Magnify the Power of Teams, Increase the Impact of Organization and Turn Up the Volume on Positive Change. This excerpt reveals the shortcomings of an organization without Amplifiers.

Study of the Impact of Amplifiers

As a student of corporate and individual performance, I have seen a number of high-profile examples of companies that have excelled in their field or have fallen off the rails due to the strength or weakness of their Amplifier culture. We selected two high profile examples in different industries to illustrate how Amplifier behavior can magnify the power of teams and increase the impact of the organization. When channeled incorrectly, or not at all, we see examples of unchecked failures in leadership, with disastrous outcomes. Amplifiers do not sit back and wait when they see bad behavior, they take action to set right the wrongs the organization is creating. They also have the courage to stand up for what is right and make positive change, not just for their own company, but for society as a whole.

In early January 2021, Boeing reached a settlement with the Department of Justice, paying $2.5 billion to resolve a criminal investigation after admitting that employees misled aviation regulators about safety issues leading to the deadly crashes of the 737 Max. What’s striking, though, is that Boeing’s performance and cultural problems are not contained simply to the 737 Max. In December 2019, a couple of minutes after the Starliner’s launch, a software error sent the Starliner into the wrong orbit. The problems with the 737 Max and the space program are merely symptoms of the larger, more serious cultural issues pervasive throughout Boeing. The challenges facing Boeing’s new CEO, David Calhoun, are massive. Although Boeing is choosing to overhaul safety protocols and bring in new executive-level engineering talent, the first thing Boeing must do to be successful in the future is develop strong followership skills to improve its followership culture. True Amplifiers can’t exist without strong followership, and without the impact of Amplifiers, outstanding performance is beyond reach.

The recent headline regarding the Boeing settlement was the culmination of a 10-year project kicked off by James McNerney. Boeing was charged with one count of conspiracy to defraud the United States but will avoid prosecution on that charge as long as it avoids legal trouble for a period of three years. But Boeing’s troubles are not over. It still needs to comply with foreign regulators and foreign law enforcement. Their ability to comply with these foreign regulators and laws will be dependent upon Boeing’s ability to change its culture.

Impact of Amplifiers: How a Followership Mindset Can Help

How could this happen? Let’s go back to the beginning. Over the past two decades, Boeing has made some major acquisitions. It is widely recognized that one of the most complicated elements of major acquisitions is the ability to successfully integrate corporate cultures. In August 1997, Boeing acquired McDonnell Douglas, one of its major competitors in the aerospace marketplace. This was a major acquisition for Boeing, requiring the integration of two cultures and two sets of aerospace technology, all while delivering the promised results for shareholders. This was a huge task, the first major move by the new CEO, Philip Condit, who took the helm a year earlier in 1996 after a 30-year career with Boeing. He was widely credited with transforming and shaping Boeing into the global juggernaut that it is today. Shortly after the acquisition of McDonnell Douglas, he also acquired the satellite segment of Hughes Electronics, further expanding the Boeing product portfolio and organizational complexity.

It is in this backdrop of significant growth, organizational complexity, and competitive pressures that the cultural weaknesses started to emerge throughout the Boeing organization. Under his watch, the company was embroiled in a federal contracting scandal, ultimately forcing both Condit and CFO, Michael Sears, to resign. This was the start to a series of Boeing’s failures which spanned decades to come.

James McNerney was Boeing’s fourth CEO in five years. The board recognized the turmoil caused by the acquisition integrations and the government procurement scandals. As a result, it made the decision to look for outside candidates to lead the company forward. McNerney was the first outside hire the board had made in decades. He was one of the three potential successors to the famed CEO of GE, Jack Welch. After Immelt was named CEO at GE, McNerney left to become CEO at 3M. He was there for five years and could not pass up the opportunity to become CEO of the storied Boeing Company.

3M did well under McNerney’s tenure. He had proven that he could be an effective CEO of a world-class company. On paper, McNerney had everything the board was looking for, what they did not know was that he was ill-equipped to correct the cultural challenges before him. For all the accolades McNerney had received for his leadership, he did not have the best followership mindset. This affected the entire impact of Amplifiers across the organization.

To be fair, McNerney, arrived at Boeing when the company was facing significant challenges. Not only was the cultural integration incomplete, but the elements of cultural erosion were starting to take root. The government contracting scandal illustrated the lengths to which employees would go to book sales and deliver performance metrics. The other issues facing Boeing’s culture included complacency, institutional hubris, and a willingness to settle for baseline performance. While Boeing was busy integrating the acquisitions and resolving the contracting scandal, Airbus was busy building better planes and generally competing more effectively in the marketplace for new business. Boeing was essentially flat-footed, distracted, and resting on their laurels.

When McNerney arrived, one of the first major decisions he needed to make was how to compete and regain the market share Boeing was losing to Airbus. There was significant time pressure facing McNerney and Boeing as they needed to retain the American Airlines business. As a result, Boeing chose to update the 737 instead of building an entirely new airplane. At the center of their decision-making was the desire to make it easy for existing customers to incorporate the new model into their fleets. But as we now know, Boeing cut corners during the production and engineering process and even touted them as selling points to the airline. For example, updating the 737 to the 730 Max would require limited pilot training.

The pressure to place a new aircraft into commercial service created significant pressure in an environment already rife with issues. Boeing chose to use software to compensate for aerodynamic deficiencies. It prioritized expediency over innovation. For instance, the Max not only had to be similar to the previous generation 737 NG, which first launched in 1993, but it also had to be similar enough to the 737 Classic from 1980 and the original 737 from 1964. In essence, it had to be a cutting edge 21st century airplane that still felt and flew like the ones designed when Kennedy was in office. The designs limited changes in an effort to eliminate the need for pilots to retrain in simulators. Many of the decisions that were made by the engineers at Boeing were designed to make it easier for the customers to buy the aircraft. Being customer-focused is a core strategy and strength of many of the greatest companies yet how that translates through the culture and behaviors of the employees can be the difference in how that strategy is executed.

The other interesting dynamic during this time was that the Max was largely self-certified by Boeing, which at the time was common in the industry. In order for the FAA to bring the certification process in-house, it would need to hire an additional 10,000 employees and would require an additional $1.8 billion in taxpayer money annually. Boeing already employed the experts. It’s interesting to note that despite behavior that led to the government contracting schedule scandals, the government still trusted Boeing to self-certify.

The results of the 737 Max failure were in fact catastrophic. More than 345 people lost their lives between the Lion Air and Ethiopian Airlines crashes. Boeing settled a criminal investigation and lost over $22 billion in market value in the week following the Ethiopian Airlines crash in October. The company had more than three hundred airliners grounded worldwide and sustained significant reputational harm. In response, they doubled down, recommending continued flights despite regulators in 42 other countries grounding the plane. The company set aside $5 billion to compensate the crash victims’ families. Richard Mithoff, a prominent Houston attorney who represented the family of an American couple killed in the 2009 Air France crash of an Airbus A330-200, said, “Boeing, you could argue, had the benefit of everything that should’ve been learned from that 2009 Air France crash. Boeing has to be measured against what the world of engineering of avionics should have known by the time they were pushing this Max design.”

Amplifiers is out now! To learn more about Amplifiers, order the book, or download the full bonus chapter, visit the Amplifiers site.  You can order your copy of Amplifiers through Amazon, Barnes and Noble, Books A Million, or Bookshop. Also, you can read Tom’s story of why he wrote Amplifiers here. 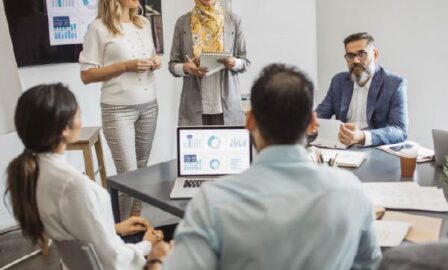 When it comes to Diversity, Equity, and Inclusion (DE+I), there’s always room for progress and growth. There are lessons to ... 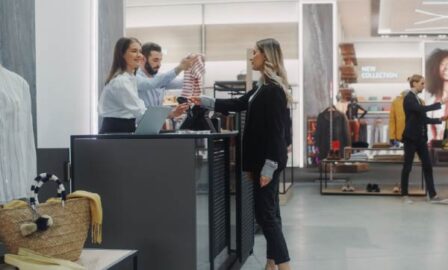 What Do Retailers Need to Know About Revenge Shopping?

As COVID restrictions are withdrawn and consumers increasingly feel more comfortable shopping in person, there has been a rise in ... 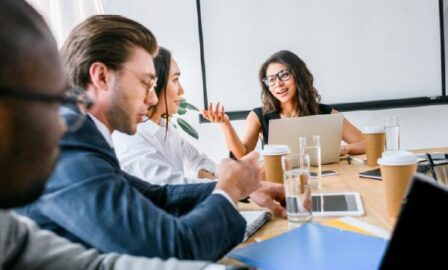 In our Digital, Data & Analytics practice, one challenge our clients are coming up against is that there is no ...