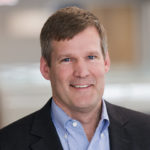 Below, we’re examining an Amplifier profile from Clarkston CEO Tom Finegan’s new book – Amplifiers: How Great Leaders Magnify the Power of Teams, Increase the Impact of Organization and Turn Up the Volume on Positive Change. To learn more about Amplifiers, order the book, or download the full bonus chapter, click here.

Over the years, I have had the honor of working with some of the best Amplifiers in the world. Some have a large public profile or presence while others are far less well known. Each of them has imparted various lessons to me or has shared secrets to their success, including how they’ve invested in the development of countless others. Examining an Amplifier gives us clues to magnify Amplifier behavior in our own professional lives, as well as helping our followers on their Amplifier journey. As you read through these examples, consider your own Amplifier styles, motives, and traits.

At the end of my chairlift ride to the top of a mountain in Winter Park, Colorado, we disembarked and approached a cocktail reception prior to my sister-in-law Mary’s wedding. It was there where I first met John Hope Bryant. Mary had been working for Bryant for 15 years at the time and held a senior position on his staff. Through conversations at family gatherings, I learned a lot about what Bryant was trying to accomplish as the founder of Operation HOPE. But I had never met the man. I’d only seen his work in interviews or public appearances. When we met at the cocktail party, it became clear to me that he was one of those rare true Amplifiers, the individuals that possess the unique blend of leadership and followership skills. I found myself in an engaging conversation with him, examining more about the man behind Operation HOPE, his vision, and how we all can make a difference in the world.

It was the summer of 2010, not that long after the financial crisis crippled most of America. We had a robust conversation about how the crisis disproportionately affected people of color and low income in both urban and rural parts of America. He explained how Operation HOPE was designed to help people help themselves for financial and economic gain. It was in this conversation that I learned more about his leadership and followership style. It was a personal conversation which allowed his charisma to come through in a different way. He was not rallying large audiences for support, donations, or action. He was engaging on a one-on- one basis with another business leader trying to make a difference. It was clear during our conversation that Bryant skews to the right in the charisma bell curve introduced earlier, but I could see the charisma was balanced by a depth of true leadership.

Bryant describes Operation HOPE as a nonprofit and for-purpose organization working to disrupt poverty. He was inspired to found Operation HOPE back in 1992 in Los Angeles where he shared his vision for the city emerging from the ashes of the Rodney King riots. It was a tall order. Bryant had no experience starting a company, nor were there any example companies of the kind Bryant was seeking to create.

A few years later, I was asked to speak at one of his HOPE Global Forums conventions. This was a great opportunity to support the Operation HOPE mission. On the evening prior to the event, I attended a private reception for speakers and had the opportunity to meet and spend time with one of Bryant’s longtime mentors, Ambassador Andrew Young. Young himself is an amazing man. What he endured on behalf of millions of Black Americans who would come after him is a true inspiration. It was interesting to see the interchange between Bryant and Young. It seemed to me that Young took Bryant under his wing to some degree, helping him be a more effective leader, gain more support, and be a better person. Bryant in turn had a lot of deference for Young. It’s in the interaction between Bryant and Young where I could see Bryant’s followership skills at play.

For years, Bryant has advocated for low-income citizens to improve their financial literacy and economic position in society. Bryant believes in the American dream. He believes that it is open to all Americans, but that action is required for us to create an environment where it is truly capitalism for all. At the core of Bryant’s belief is that we need to help these Americans with a hand up, not a handout.

In his recent book, Up From Nothing, the Untold Story of How We (All) Succeed, Bryant outlines the five key pillars of success. The pillars are: i) massive education, ii) understanding the numbers, iii) family structure and resiliency, iv) self-esteem and confidence, and v) role. Bryant uses his own life experience to unpack these five pillars and demonstrates how they are in fact available to all. Remember these pillars are coming from the man who founded Operation HOPE after the Rodney King riots. He is intimately aware of the disparities and racial injustices presented to Americans based on their race, economic status, connections, educational background, and the like. Yet despite this knowledge, Bryant is incredibly optimistic that economic opportunities are in fact available to all.

One of Bryant’s greatest assets is his optimism. He has been fortunate over the years to have been introduced to and networked with very influential people. He has been able to amplify these relationships to increase the power of his organization and turn up the volume of change in many parts of the world. Some of these influencers include former Presidents, including George H.W. Bush, George W. Bush, and Bill Clinton, as well as countless world leaders, business leaders, civil rights leaders, and other politicians. You can see Bryant’s influence in these leaders; he has the ability not only to let them help Operation HOPE but for Bryant to influence these leaders to create better and more comprehensive policy or build better businesses with a higher purpose.

Shortly after the murder of George Floyd, I saw an interview on TV with Bryant. Like many Black Americans, Bryant was at his wits’ end and frustrated with the unequal treatment and racial inequality pervasive throughout America. It’s not new for Bryant to speak up in times of unrest. Here was a man who has dedicated his entire career to addressing these inequalities by helping to prepare people for success. But in the interview, Bryant’s opening response to the situation was, “rainbows always follow storms.” Nobody changes in good times, and these are some mighty bad times. He then described how business leaders need to use the power of their brand to advocate for change to do what is right. Although you could see the hurt in his eyes and the frustration in his voice, he kept a cool head and articulately made his point.

He emphasized the pillar of education for all. That ignorance is banished through education and exposure. He emphasized access to capital. He emphasized that it’s not a handout but an investment in the revitalization of America. On display was Bryant’s powerful blend of leadership and followership. In the weeks leading up to the George Floyd killing, Bryant was advocating for low-income Americans due to the economic toll that was being inflicted upon this susceptible group of people. He was calling for a new Marshall Plan, designed to bring economic support for low-income Americans affected by COVID-19.

A Leader is Never Looking for Followers

Bryant recalled an old joke, “If you think you are a leader and you are out there and turn around and there’s nobody there, you’re not a leader, just a guy out there taking a walk. And conversely, if you’re being run out of town, get out in front of the crowd and act like it’s a parade.” A leader is never looking for followers, they’re just leading. He has had a number of exceptional leaders whom he followed from varied parts of society. Some were former presidents, civil rights leaders, large public CEO’s, community activists, and others along the journey of life. He described the attributes of the leaders he followed, and the type of leader he tries to be. A leader would rather be respected than liked. They assume they are going to be unpopular because they are pushing the envelope of change. When you are doing the right things, you will become a magnet for people who are looking for people who are doing the right things, those who are looking for values, purpose, and authenticity in their lives and careers.

Bryant continued, “We are at a point in time in this 400-year-old social racial justice reckoning of Black America. The 2020 pandemic is the worst global health crisis since the Spanish Flu. Not since the British in 1812 have we seen the storming of our nation’s capital. Yet, in 2020, our fellow Americans charged other Americans in the Capitol to disrupt democracy. The unemployment rate rivals that during the Great Depression. It’s a 4-point crisis on America in this last year alone. Coincidence is God’s way of staying anonymous. Maybe it’s His way of telling us it is time for us to hit reboot, reset, and upgrade our software to re-invent America to continue to be the leader of the free world. If we don’t do this, we will continue to win battles and lose wars. A house divided cannot stand. We need a new generation of up-from-nothing leaders who get a chance to operate at the highest level. That’s America’s promise – the ability to go from the bottom to the top – regardless of the color of its immigrants or people in the company. Lifting the fortunes of all, will lift all boats.”

The most dangerous person in the world is one without hope. There are so many reasons we must embrace the season to bring hope and equality for all.

Examining an Amplifier like John Hope Bryant is encouraging and a great lesson for all. Amplifiers is out now! To learn more about Amplifiers, order the book, or download the full bonus chapter, visit the Amplifiers site.  You can order your copy of Amplifiers through Amazon, Barnes and Noble, Books A Million, or Bookshop. Also, you can read Tom’s story of why he wrote Amplifiers here. 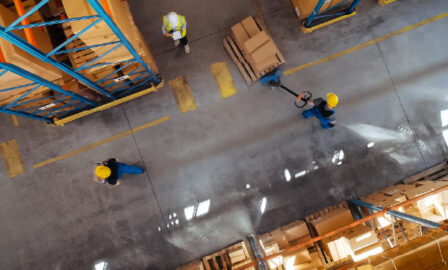 DTC logistics is one of the more apparent challenges in either transitioning into or adopting a direct-to-consumer business model. The ... 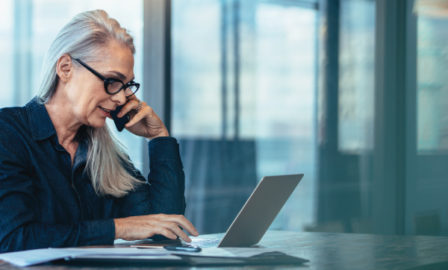 Getting the Value Out of SAP ERP, Then and Now

Since 1972, SAP has been unlocking the value for businesses by providing them with their extremely powerful and flexible SAP ... 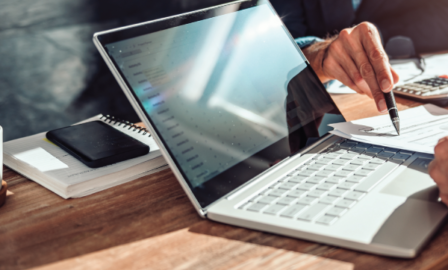 The Business of a Circular Economy

As supply chain woes continue to plague businesses across industries, many organizations are realizing the benefit a circular economy can ...