What a Recent CRISPR Breakthrough Means for Therapeutics Companies

A paper published this month proving that the use of RNA transposons can improve the CRISPR process has excited the biotech industry. Although a group of researchers had already hypothesized this method would be possible, this team proved that the Tn7 transposon can edit DNA without having to break apart an entire strand. This technology, referred to as CRISPR-associated transposase (CAST), delivers a level of precision and accuracy unparalleled by earlier techniques. CAST boasts an 80 percent success rate, as opposed to the one percent rate associated with the original method. Therapeutics companies might find this technique useful as they seek to move gene-editing projects through the approval pipeline. While CAST shows great promise, it’s important to remember that that researchers are just beginning to understand the complex relationships among alleles.

Advantages of the CAST Technique

While the CAST technique has only been scientifically proven to edit bacteria, many experts show optimism that it will translate well for human applications. The Cas12 proteins and the Tn7 transposon work together in order to prevent the double-stranded breaks or large slices in a genome that CRISPR would usually create. Because Tn7 doesn’t require the use of host cell capabilities, it widens the range of cell types CRISPR can alter. At a simplified level, CRISPR references some specific groups of DNA and their associated enzymes that store viral information within a cell as part of the body’s immune systems. Scientists can program these enzymes to look for specific codes to eliminate, leaving a gap for the insertion of healthy DNA.

Despite the amazing results CAST might be able to deliver, any gene-editing technology can expose patients to the risk of developing other kinds of mutations as a result of the procedure. One of the major concerns about CAST is that it drops off its DNA payload into the wrong location about one percent of the time. While that number may seem small, the error could, for example, increase the risk of cancer in patients should it accidently alter a tumor-suppressant gene. A recent example of genetic therapy causing unintended consequences involves the embryonic editing of two twins in China for HIV/AIDS resistance. A study in the UK proved that having two copies of CCR5, which were the genes scientists altered in this treatment, meant that an individual was less likely to live past the age of 75. Additional copies of CCR5 may lessen the chance of contracting HIV/AIDS, but it also increases susceptibility to West Nile virus and other flu viruses. Time and effort will be needed to assess the benefits and risks of CRISPR therapy carefully as companies consider designing ethical trials and winning regulatory approval.

The following are up-and-coming applications of various types of CRISPR therapies.

Only five percent of diseases caused by genetic mutations have a viable therapeutic treatment option. However, it is important to note that we are still in the early phases of our development and understanding of this technology, and much more is needed to ensure minimal risk. CAST demonstrates that we are making tremendous progress, fueling more research which will in turn accelerate technological advances. These ongoing improvements to CRISPR technology will supply the biotech industry with more of the tools they will need to create innovative treatments and address currently unmet needs.

Increased globalization and the growing complexities around innovative, next-generation therapies has forced biopharmaceutical leaders to reexamine their clinical supply chain ... 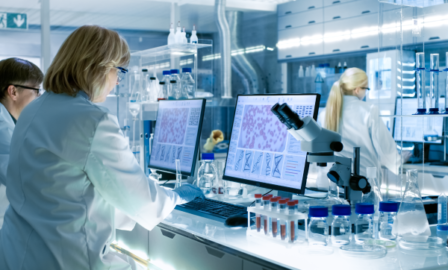 The Importance of Diversity in Genetic Sampling

In the age of precision and personalized medicine, life science companies can develop treatments designed to target almost any patient’s ... 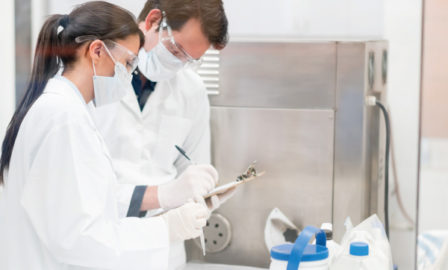 Breaking Down the Keys to Decentralized Clinical Trials

Clinical trials have long been viewed as complicated and high-volume endeavors, involving the widespread recruitment of patients, supply chain planning ...